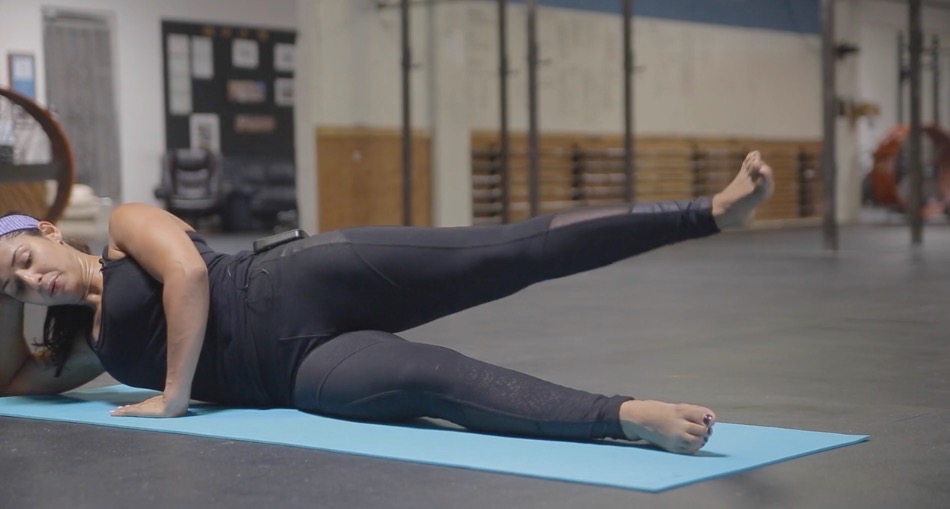 Tight hips is about as common as the flu during winter season. Every single time I ask a client how their body is feeling before a training session, more often than not they point to their hips and tell me how stiff it is.

More often than not, the tightness we experience around the hips is s symptom of something else occurring in the body, which is why stretching it over and over isn’t effective long-term. If a lack of ROM (range of motion) is the issue then again, stretching it won’t help either.

Let’s get nerdy for a second…

The hips are a ball and socket joint meant for movement, much like the shoulder joint. They’re also the center of force transfer from the lower extremities. Every time we squat, jump, run or do a kettlebell swing, the force from the lower body travels through the hips.

But the magic doesn’t end there. There are several muscles around the hip necessary for force transfer and production, and other muscles we don’t even think of effect hip mobility due to its connection to the hip joint.

If we want to dramatically improve hip mobility we can start by first looking at core stability. As I mentioned in THIS POST, our bodies are clever enough to create artificial stability where it’s lacking. The lack of core stability impacts spine mobility causing the brain to hit up the muscles around the hips, hamstrings and mid/low back to tense up and make up for that lack of stability in order to protect the spine.

We must understand that these compensations are the body’s way of creating whatever movement efficiency it can in the most pain-free way possible. This is probably why your endless mobility exercises or static stretches aren’t helping. Having core stability promotes hip mobility because the diaphragm links directly to the psoas, the pelvic floor, the obliques — muscles that connect to the hip and influence mobility in that area.

Click here to learn how Pilates FloWOD can help with your hip mobility, core stability, and strength

Also, having strong abdominals or a six-pack doesn’t mean you have core stability, which is largely influenced by posture and pelvic alignment.

The pelvic floor muscles are also integral to core stability, but unless you’re female and pregnant, when the heck do you ever think about your pelvic floor? My guess is “never”.

Pelvic floor integration is not just great for pre/post-natal women and sex (heyyy yo!), but it’s integral to core stability as it connects to the transverses abdomens (TA) and the diaphragm. They are the deep “inner” muscles of the core region. Pelvic floor muscles work dynamically and synergistically with breath and movement to support stability.

In other words, your body is a kinetic chain and one things impacts the other.

Muscular Imbalances of the Hip

Strength coaching legend Mark Rippetoe has said that moving big weight doesn’t make one more powerful. We can be strong and good at lifting weights, but considering how the body will create false stability to help us move big weights, it’s safe to say that we’re leaving a lot of plates and power on the table by not addressing stability in a movement like the squat as well as muscular balance.

The gluteal muscles are some of the biggest and strongest muscles of the body, and pivotal for healthy hip function. Someone with weak glutes can still squat big weights but with a lot of compensation. To make up for the weakness in the glutes the lifter might give into a forward lean on the squat or struggle at the bottom. The low back kicks in to make up for the lack of hip extension causing the hip flexors to fire and tighten. The same forward lean will activate the muscles of the quadriceps and minimize the glute activation needed to get us out of the hole. Eventually, this might lead to some sort of injury (I have lived this in my own body!).

The lesson here is: In order to master your squat or another big lift, we must balance the energies and forces in the body. In this case we want to address pelvic alignment, core stability and gluteal strength.

In Pilates, the core is referred to as the Powerhouse and consists of the front and back of the torso starting at the bottom of the rib cage and down across the hip joints and butt.

Someone with a strong Powerhouse can move their limbs in a controlled, coordinated manner without deviation, compensation or repositioning of the desired spinal and pelvic alignment. I often teach clients and students to move their limbs as though it were connected directly to their powerhouse rather than a specific joint so they’re always thinking of the powerhouse connection.

So how do we find the strength and stability for healthy hips? Let me count [some of] the ways….

1.) Finding the pelvic floor muscles on the ball

My favorite way to teach Pilates newbies how to find their pelvic floor muscles is on a mini-ball. 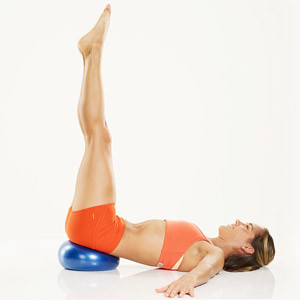 By far the go-to exercise to build core stability. Planks and all its variations are fantastic exercises. I won’t go down that rabbit hole in this post though.

By the time we get to this exercise on the reformer we have achieved some level of powerhouse stabilization. Still, it’s among my favorite core training exercises because it involves dynamic movement. The integration of the lower and upper body makes this a full-body exercise but it’s easy to lose one’s stability if we’ve grown accustomed to dipping our hips or moving from our shoulders.

This exercise comes early on in the mat sequence and Lordy, it does magnificent things when done correctly. I cue clients to “stir” the leg in the hip socket and limit the range of motion in order to keep the pelvis stable and release the hip. Some individuals get caught up on making a huge circle but this ROM is earned not given. Pelvic stability by way of activating the Powerhouse is key in this exercise. This is one of my go-to exercises for all my athletic clients because of how quickly it releases the hip joint. This exercise can also be done with the leg springs on the Reformer and Cadillac, providing more support for the leg without using the back and arms. The additional spring also helps strengthen the back of the leg in the downward phase of the circle while supporting the torso. 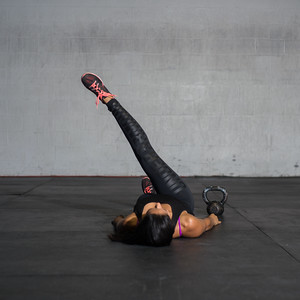 The side leg exercises demand core stability during active movement but it gets butchered at times by sheer laziness (ok, to be fair, a lack of understanding as well). On our sides we have to position the hips and feet just right, lift the obliques and abdomen up and away and maintain that while the leg moves without losing pelvic stability. No wonder we sometimes get a little fatigued and lazy in this series! However, once we can create stability and control we activate those powerful gluteal muscles from all angles, thereby creating more balance around the hips.

The resistance of the spring gives us the support to steady our torso while creating enough tension to help us fire through the appropriate muscles. Those that tend to grip with their hip flexors will feel a juicy opening as they extend the legs away.

Unlike lifting, where we’re focused on exerting ourselves through a movement, Pilates movements like the ones above slow us down enough to pay attention to all these intricacies in our body including alignment and stability. While mobility is important work for every lifter, we can’t skim through the stability and alignment stuff just because we have a few years of training under our belt.