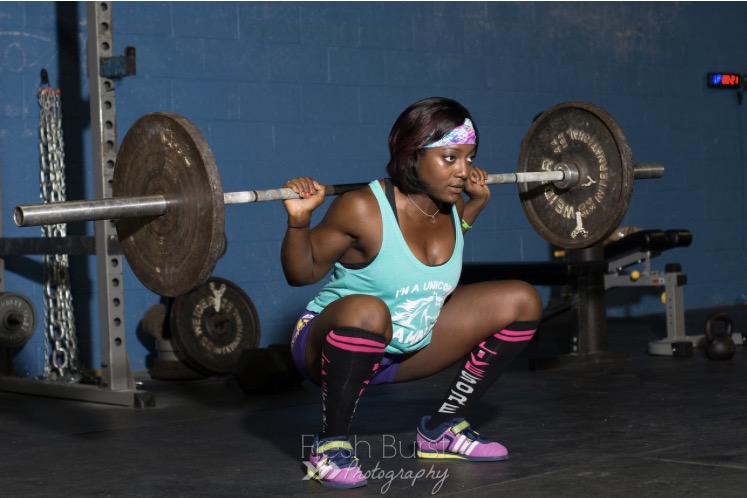 “Should I train like an athlete if I don’t compete in anything?”

Last week, a dear friend asked me this question. She’s your typical San Diegan: Corporate job, loves craft brews, super active, and total hipster. She enjoys the gym life but not as much as her outdoor active life. Let’s face it, this responsible-adult-hippie lifestyle is a lot of work to maintain!

My response to her was, “What does training like an athlete mean to you?”

For many, it’s hours of training time, hitting the high school track for suicide sprints (ugh, remember those?!), chasing a ball around a field and competing for trophies. I suppose there’s some truth to that image, but let’s not kid ourselves, none of those attributes make someone an athlete.

What differentiates the general exerciser from the athlete is how they go about training. General exercisers might have aesthetic or performance goals, but they approach it a lot different than an athlete would.

Let’s take my hipster friend as an example. She would love to improve her stamina and strength for the activities she loves, but as her haphazard approach to training demonstrates, she’s not training in a way that will get her to her goals. One month she does Spin class, another week she stumbles into the weight room, and then the rest of the time she focuses on the activities she actually enjoys.

No structure, no plan, and no purpose. That’s one way to stay average and keep on struggling.

I find that athletes have a completely different mindset to training. Their attitude, beliefs and approach to exercise has nothing to do with winning. In fact, most of them are regular people like you and me with jobs, families, and furry friends to take care of. So here are the main differences:

#1 They train in cycles

Every athlete understands the importance of training cycles, not just for performance but for consistent progress, injury prevention and to avoid boredom and plateaus. This doesn’t mean program hopping every month like my friend.

An endurance runner for example goes through a cycle of basic conditioning, which is simply logging miles and building up a strong base for more mileage. At a certain point, they hit a period with more volume, tempo runs and speed work. At their peak, they may be hitting close to their target mileage and have to spend more time on recovery. Then there is the tapering period as they get close to race day. After race day, they take a few weeks off from running and return to a maintenance cycle until the next race cycle begins.

The cycles are mapped out with a beginning, middle and end. Call it an “on” or “off” season if you will, but there’s structure there.

#2 They track progress and seek opportunities

Look around the gym next time you’re there. The ones tracking their workouts are the ones who give a damn about their athleticism, and they’re the ones making the most progress. They’re also the ones looking for opportunities to get better, learn more, and understand their bodies better. They seek information or ways to improve upon their skills and technique and move themselves forward.

Progress isn’t always linear but there’s always room for improvement as an athlete. Tracking workouts is feedback about you, your program, your effort, and everything in between. The opportunity for improvement, for change, or just general training knowledge isn’t the sole responsibility of the coach. It belongs to the athlete too. I’m not saying you have to get a degree in exercise science, but it doesn’t hurt to read a few blog posts (like this one), learn about new exercises or training concepts to get you stronger and better.

Here’s why my dear friend wasn’t improving much in her favorite activities: Her training, and therefore, her athleticism, lacked balance. If you look at some of the best CrossFitters out there, even at your own gym, they’re extremely well-rounded in their skills. They have power, speed, strength and they generally come with a diverse sports background.

Strength alone doesn’t make us very athletic. We have to train for power, explosiveness; do the mobility work, the strength work, and train different energy systems in order to be well-rounded and successful. Do you have to be great in all these areas? No way, but it doesn’t hurt to balance out your training so you’re tackling all these areas in a planned and progressive manner. Doing one day of explosive movements and another day of endurance isn’t going to get you anywhere if you do it randomly.

Every athlete I know or train has this one point in common. They’re coachable and they are willing to learn.

There’s nothing wrong with hiring a coach or trainer who will tell you what to do and never hold you accountable for remembering what you did one day over the other, but staying coachable and having a willingness to learn separates the average from the athletic.

I recently trained a person on the reformer who admitted she didn’t know what a Teaser was (a basic Pilates exercise) despite years of Pilates experience. Another came to me and didn’t know the difference between a squat and a split squat despite having a trainer for 14+ years! If you aren’t willing to open your mind during a training session, stay coachable and become an independent thinker there’s no way you’ll progress as an athlete. Quit being average and learn some shit.

Over to you: Ready to step it up and develop your athletic side? Applications for online coaching is now open! Spots are limited to only 5 every few months so don’t wait! Apply right here!