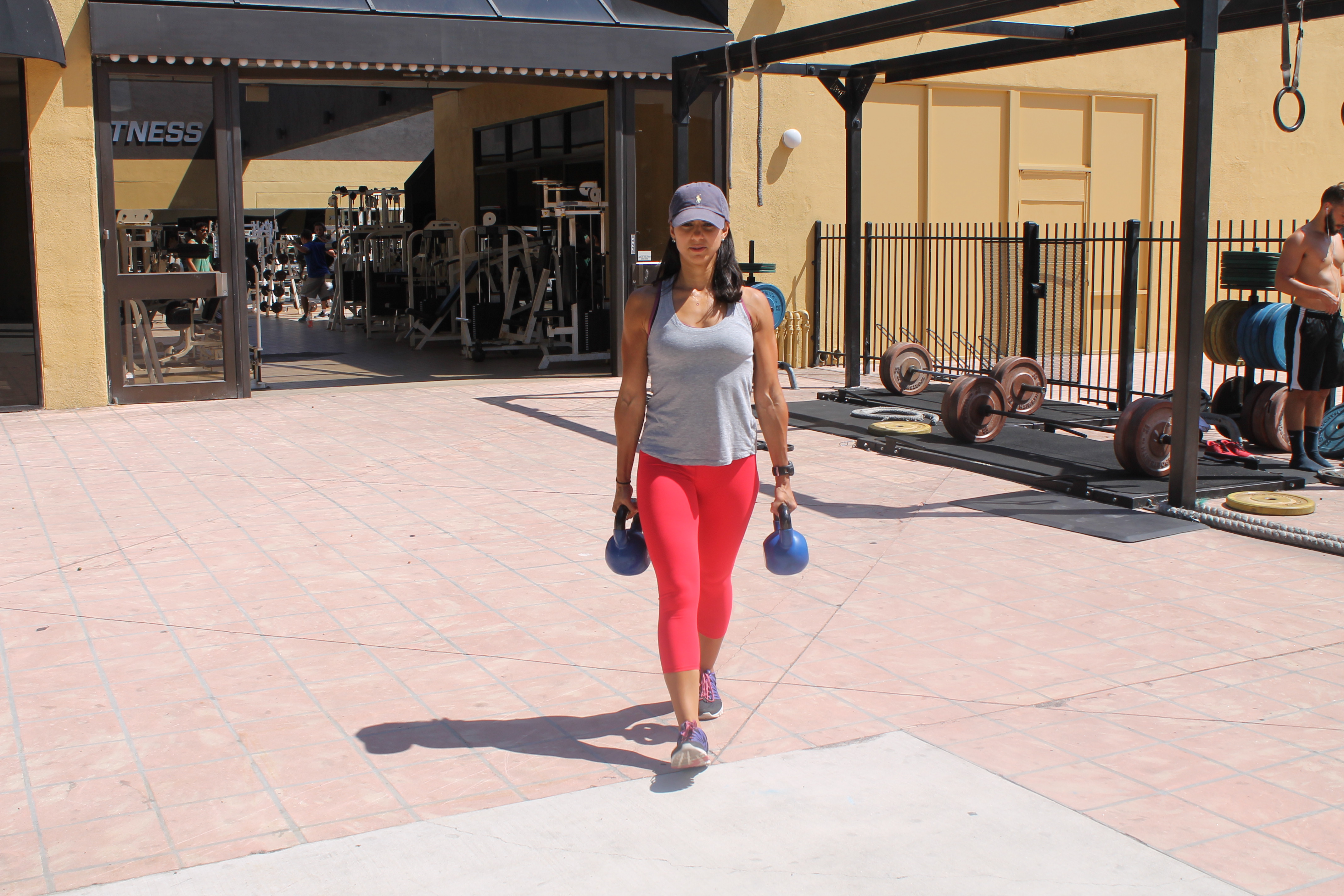 Years ago, when I was still running half marathons and taking a million spin classes in between, I looked in the mirror and decided I could do better.

At the time, my stomach had definition, my jeans fit on right and I weighed in at a comfortable 125 lbs. Yet to me, it wasn’t good enough. I wanted more athletic, stronger legs, a leaner body, and I wanted to shave off about 2 minutes from my half marathon time.

So I chose a new level of hard.

The alarm went off as early as 5:30am so I could start my run before the rest of the city woke up. In the winter time, I’d run with triple layers on, lift weights in the afternoon and go to sleep by 10pm. I studied for the LSATs after work, sometimes falling asleep on my books and forgetting to eat. I hustled for my athleticism as much as my career because ‘average’ never felt right to me.

Years later, I shifted my athletic sights to powerlifting. I weighed in on meet day at 135lbs — a ten pound difference from my running days but looking stronger than ever. The training wasn’t as grueling as it was when I raced but it was freaking hard. Nevertheless, it was my choice to do it and another type of of hard.

What type of ‘hard’ do you choose today?

If you think it was easy to run six miles in the Boston winter because I was already fit or programed to enjoy that level of torture, you’d be wrong. Yes, it was hard to do but it’s equally as hard not to do anything at all.

It takes just as much effort to train our bodies for competition as it does to remain unhealthy.  Getting lean is hard, getting fat is hard and killing yourself for either path is hard; you just have to choose which type of hard you want.

At some point, the path we’ve chosen gets a bit easier no matter what. Eating well, working out regularly and being kind to ourselves becomes effortless when we overcome the initial hump to make this a lifestyle. Likewise, eating poorly, feeling like crap, and hating ourselves constantly becomes easy to do once we’ve made it a habit. But if you want the right things to stick and feel effortless, then we must choose it right now, not tomorrow or on Monday.

No, it won’t be easy at first, just like running your first mile isn’t easy. Eventually that mile turns into five and later, twenty and pretty soon you have the bragging rights of a full fledged marathon finisher. Or at least the right to slap one of those 26.2 stickers on your bumper.

As Rob Thomas once said, “when you want to succeed as bad as you want to breathe, than you’ll be successful.” A better, healthier, stronger version of ourselves doesn’t come easily, but neither does a sick, overweight and depressed version of ourselves come easily either. We choose our hard every single day in how we eat, how we train, how we spend our free time, how much sleep we get or how much water we drink. We choose to quit after our first mile or keep doing the difficult thing every day, like training and eating right, until improvement manifests itself and becomes a way of life.

It takes effort to start over, to rebuild and to get better. So if you’re struggling to take back your body after a long hiatus, starting a new sport or eating better, know that it will be hard in the beginning. We must earn “effortless”.

How badly do you want healthy living to feel effortless rather than boring, difficult or tiresome?

It all comes down to one single decision: What type of hard do you choose today?

What difficult choices have you made to improve your training?