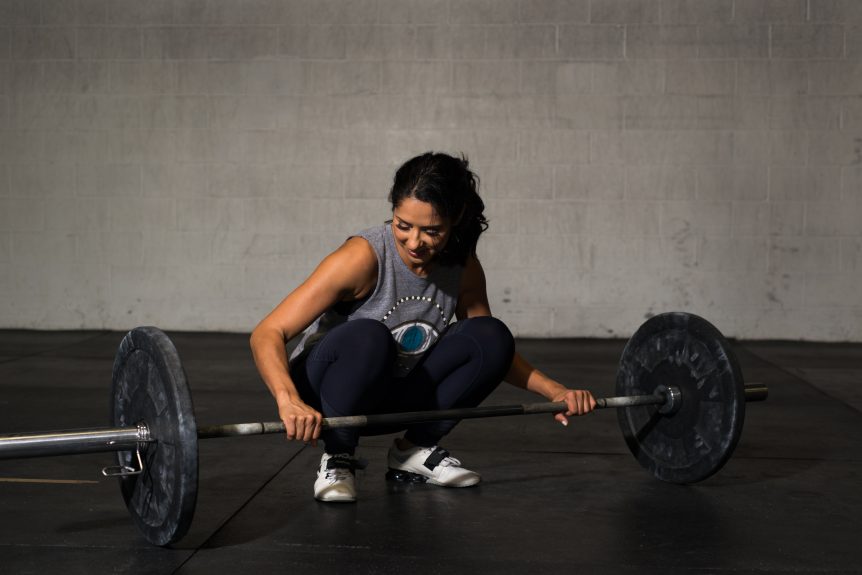 Should You Train For Power or Strength?

The answer is…you can do both.

I’d argue that everyone needs power, especially if you enjoy getting after it in the gym and living a very active lifestyle.

The sooner you begin power training in your training years (read: Not referring to your age), the more well-rounded, resilient, durable, and athletic you’ll remain in your later years.

How you translate this into the gym as a general athlete (or general population client) is a whole other story. Before we dive into what this could look like, it helps to understand the difference between power & strength.

The simpliest way to think of it is:

Here is what power training is not:

It is not jumping onto the highest box imaginable because it looks cool.

It is not jumping up and down 100x until you puke or scrape the flesh off your shins.

It is not doing 10 minutes worth of wall balls.

The Internet has unfortunately popularized and bastardized power training. PR’ing your box jump with subpar mechanics has little to no carryover in your vertical jump or athleticism. Likewise, your ability to do 100 shuffles, jumps, or med ball slams is fine for conditioning purposes, but it doesn’t make you more powerful.

Box jumps can be very useful in power development, but how high you jump isn't the ultimate test of power.
Click To Tweet

Box jumps can be very useful in power development, but how high you jump isn’t the ultimate test of power. Likewise, performing plyometrics for conditioning defeats the purpose of the plyometric.

Power Training Teaches You To Be Explosive

You may recognize power training in the form of sprints, jumps, snatches, and power cleans. This is all fine and dandy power training tools for athletes who need to sprint, cut, throw, and jump quickly on the field, but what does it mean for you, the Project manager, the lawyer, or accountant?

Just imagine yourself walking from your favorite coffee shop one morning, cold brew in hand, iPhone in the other, looking down and scrolling instead of watching your step (c’mon, you know you do it!). Before you know it, you trip over a curb and in a split second your brain asks: What do I save? The coffee or the phone? (obvious answer: the $1k iPhone). Oh sh*t, I’m about to fall! WHAT DO I DO?!

Your ability to react quickly in that split second, recover from the fall, not lose your balance, and save your phone comes from training your nervous system and muscles to act quickly. It may not seem like a form of athleticism, but trust me, you’ll be thankful you can move quickly, side step a curb without falling down, or be able to sprint across the street to save your kid from a moving vehicle later on in life.

That is what power teaches you to do. Use it or lose it, boo!

The sooner you begin power training the more well-rounded, resilient, durable, and athletic you’ll remain in your later years.
Click To Tweet

How to Train for Power: The Average Client Edition

Before you start training for power, you must develop your strength. This is why power training isn’t safe for a beginner. There is already so much to learn and establish at the start of your training career, and power development isn’t one of them.

However, when you do start adding it in, there are a few smart, and efficient ways to start, and it’s one of the things that we work on in the Power Phase of the new BarbellSTRONG group coaching program (get on the waitlist HERE).

Let me break this down by body region so you can implement it on your split training days.

It’s a lot harder than it looks! Not only are you loading the hips and posterior chain, but you are also developing power on one leg at a time in the frontal plane. Given that most people, especially lifters tend to train predominantly in the sagittal plane, adding this in is a solid challenge on many fronts.

You’ll be amazed at how challenging it is to hop or jump on a single leg.

Courtesy of my homeboy Michael Anderson

Upper body plyometrics or power training doesn’t get as much love as the lower body, but I say that’s because there are less options for regular gym-goers. Plyo push-ups require a significant amount of strength and stability around the shoulder joint, and not many people have that to begin with. Moreover, having the right type of med ball or the space to do them will play a big role.

Plyo push-ups with the bench

The learning curve on this is perfect for anyone just starting out their power training. All you need is a ball that doesn’t bounce back to break your nose, and some space to slam the thing around

Courtesy of Dr. John Rusin who demonstrates power like it’s his J-O-B

Making it all work

My goal for you is to build up your proficiency, strength, and performance for everyday life. After your 30s, there really is no reason why you can’t maintain some level of athleticism that enables you to carry out basic functions of every day living and your athletic activities.

There is power (pun intended) in working on your power development today rather than shrugging it off as something your younger or more competitive self “used” to do.

Sure, you won’t train as hard as say, a minor league baseball player trying to make the majors might, but you sure as hell don’t need to give up power training altogether.

Make the goal the goal, and adjust your program from there.

Want to become strong, sexy, resilient and powerful? Join the waitlist for the upcoming BarbellSTRONG group coaching program and get first dibs and discounts before it launches to the public. Sign up here.