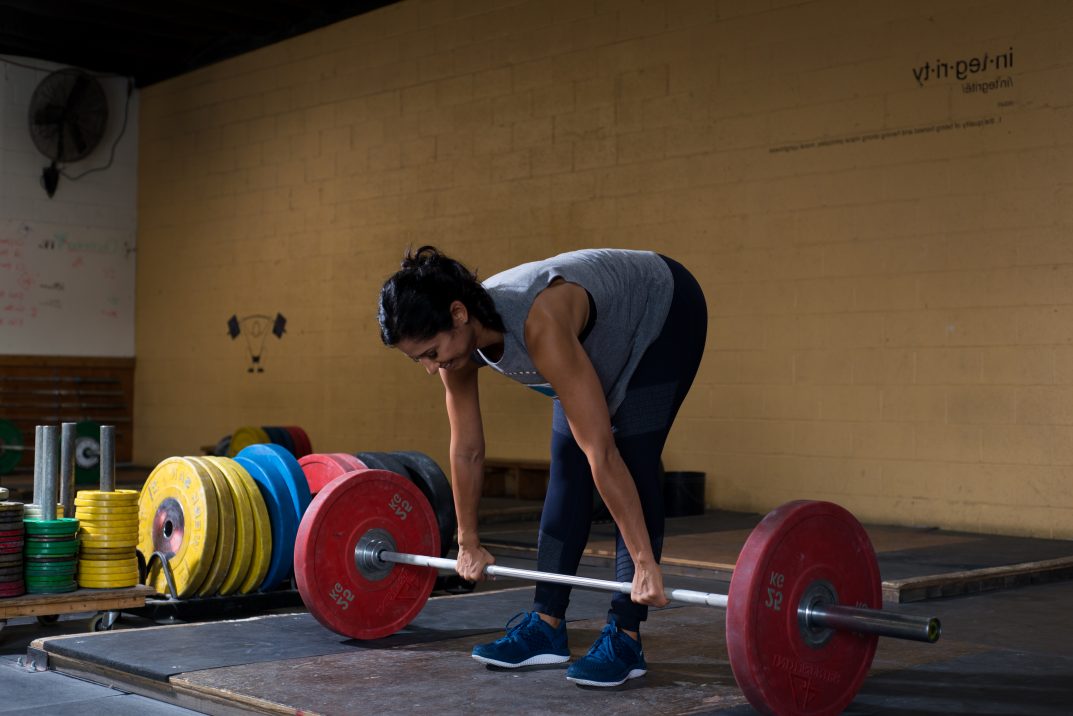 Lifting is a lot like a relationship. There’s the courtship period, the honeymoon stage and then the phase where you’re farting in front of each other and discussing feelings. Needless to say, smashing weights is not all rainbows and butterflies. A novice will experience PR after PR initially, but once they get to the intermediate or advanced levels, those PRs are hard to come by. We actually have to earn those itty-bitty gains.

(P.S. Catch up on this month’s deadlift articles by reading THIS and THIS.)

This is exactly where we find ourselves with the deadlift. In the initial stages, we get better at the deadlift by deadlifting more. All that extra QT with the bar will drill down technique and get us comfortable with heavy loads. However, it’s unwise to pull a heavy bar several times a week. After all, the deadlift is an incredibly demanding multi-joint, compound movement that requires ample recovery time in between.

Instead, we’d be better off spending a little extra time building up the lagging muscles involved in the deadlift so we can continue to make gains without wrecking our bodies.

My neck, my back….my glutes and my legs

There are countless exercises we can count on to build up the muscles of our posterior chain for the deadlift, but I’d rather spend my time on the bigger-bang-for-your-buck exercises that will attack several areas at once than spend an hour on isolation movements. In this case, I rely on good mornings, snatch grip deadlift, pull-ups and the glute ham raise (GHR).

A staple in any deadlift program, the good morning is a fantastic exercise for the posterior chain, but if you struggle to activate the hamstrings when you lift, the low bar good morning is for you.

Typically, lifters do their good morning in a high bar position (barbell on the upper trapezius). This is fine if you want to load the spinal erectors, but if you’re deadlifting often enough, those erectors need less, not more work. Instead, taking a low-bar position is an excellent way to load the hamstrings after a heavy squat or deadlift day. I picked up this trick from one of my powerlifting coaches and it seriously changed my life.

The GHR is one of the most brutal hamstring builders out there, and I enjoy them the way I like broken glass in my dinner. Regardless, it’s a necessary evil if your goal is to build a stronger deadlift. Here, my friend Shedna demos what she calls “the f&8!king worst” exercise of them all (two variations, one with assistance and one without).

While rowing movements are absolutely crucial as an accessory lift for the deadlift, let’s not forget how beneficial the pull-up is. Not only do you get some practice time with the pull-up, but there are enough variations to play with to get your lats, core, biceps and forearms fired up simultaneously. A few to try are:

Difficulty level: One middle finger depending on which variation you choose.

Emphasize the pull pattern in a way that fires up as many muscles as possible. Yes, you should still do rows, but don’t throw out pull-ups just because you haven’t mastered it completely.

I was first introduced to the snatch grip deadlift (SGD) by my on-again, off-again coach Michael Anderson. At the time my goal was “get better at deadlifts” and “look hot for my boyfriend.” The snatch grip DL delivered on both by getting my arms and back super jacked and improving my grip strength (insert dirty joke here). I also found it to be more back-friendly than conventional DLs and it was a nice way to cycle the hinge/deadlift movement without getting bored.

Here’s Tony Gentilcore performing the SGD with a full ROM.

If your goal is to get stronger and better at something like the deadlift, you’ll want to focus on the accessory work just as much as you do the big lift itself. While I’m always game for some isolation work, time is money and I’d rather focus on these four big movers to get me sweating hard and out of the gym as fast as possible. Just don’t forget to rack your weights!